Music and dance has been integral to the Irish culture for centuries now. Ireland is known throughout the world for our traditional music sessions, with the famous Riverdance first performed at the Eurovision Song Contest in 1994 soon later becoming a global phenomenon, Did we mention we’ve won the Eurovision 7 times? Amazing for such a small island.

The tradition of Irish dance grew to the success of the traditional Irish music. The jigs and reels are perfectly matched the fast stepping, high kicking style of Irish dance. It’s said Ireland’s unique style originated with travelling dancers who, due to lack of dance floor space often then had to perform on the tops of tables or even the tops of barrels, which needed quick feet to perform.

Ceili: Pronounced “Kay-lee”, this is a form of social dancing. In typical Ceili style, several couples dance together in a set pattern of studied steps which are typically performed in a line or a circle.

Step Dancing: When Irish dance masters began traveling throughout the country. Step dances are either performed solo or in a group, where dancers in a line do the same synchronized steps. (a treat to watch) as a high level of skill is required. This style of dance focuses entirely on quick footwork Sean-Nos Unlike step dancing the dancers are free to move their arms and upper body. Sean-nos means low to the ground, and the movements of this dance are low and often improvised. The steps are like tap dance. There is a big different between the two to watch. Step Dancing is neater where Sean-Nos is nearly a free for all.

The All Ireland Fleadh Cheoil is the biggest gathering of trad musicians in the world. This year the festival takes place in County Clare where you’ll also find Doolin Folk Festival. Folk musicians will descend on Killarney for Ireland Folkfest. It is highly advised to check out this amazing event if at all possible. 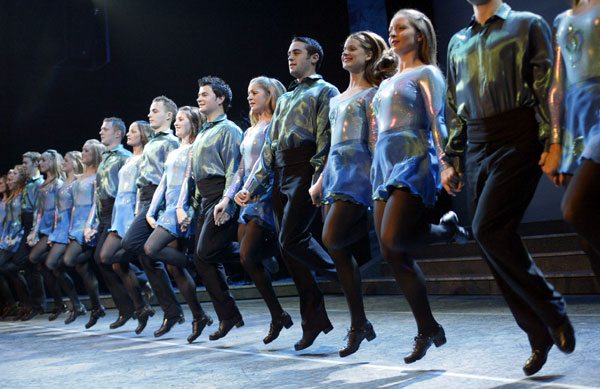